Dr. Lancaster is a Refractive Surgeon at SharpeVision Modern LASIK and Modern Cataract. He has lived all over the world and is fluent in Spanish.

Dr. Lancaster was awarded and recognized as “Best of the Best Corrective Eye Surgeon in Austin” 2020 & 2021 by the Austin-American Statesman.

Dr. Lancaster was born and raised near Seattle, WA. He grew up water skiing, snow skiing, camping, and hiking around the Pacific Northwest with his older brother. In 1998, he graduated as valedictorian from Kent Meridian High School and went on to attend the University of Washington, graduating with a BA in Business Administration. Upon graduation, realizing he still didn’t know what to do with his life, he found a job as a grade school teacher in Barranquilla, Colombia. For the next 3 years he worked, learned Spanish, and traveled around Colombia and nearby countries, meeting his wife, Paola, along the way and rediscovering the passion for science he had as a kid. Dr. Lancaster later returned to Seattle and worked full time while also attending college full time to complete the science credits needed to apply to medical school.

In 2008, he joined the University of Washington School of Medicine and was keen on pursuing Ophthalmology. He graduated with his MD with Honors in June of 2012 and entered active duty for the US Army in Georgia to complete his internship. In 2013, Dr. Lancaster began his Ophthalmology residency at Walter Reed National Military Medical Center in Bethesda, Maryland. During his 3 year residency, he had the opportunity to join Operation Continuing Promise 2015, a humanitarian mission aboard the USNS Comfort, and perform various eye surgeries for Haitian nationals with limited access to healthcare. Dr. Lancaster graduated from his ophthalmology residency in 2016 and was transferred to Fort Hood, TX to join the staff of Carl R. Darnall Army Medical Center, where he is currently the Chief of Ophthalmology.

“I love seeing the joy on my patients’ faces when they realize they can see without their glasses. It’s why I love being a refractive surgeon. I can change people’s lives for the better.” 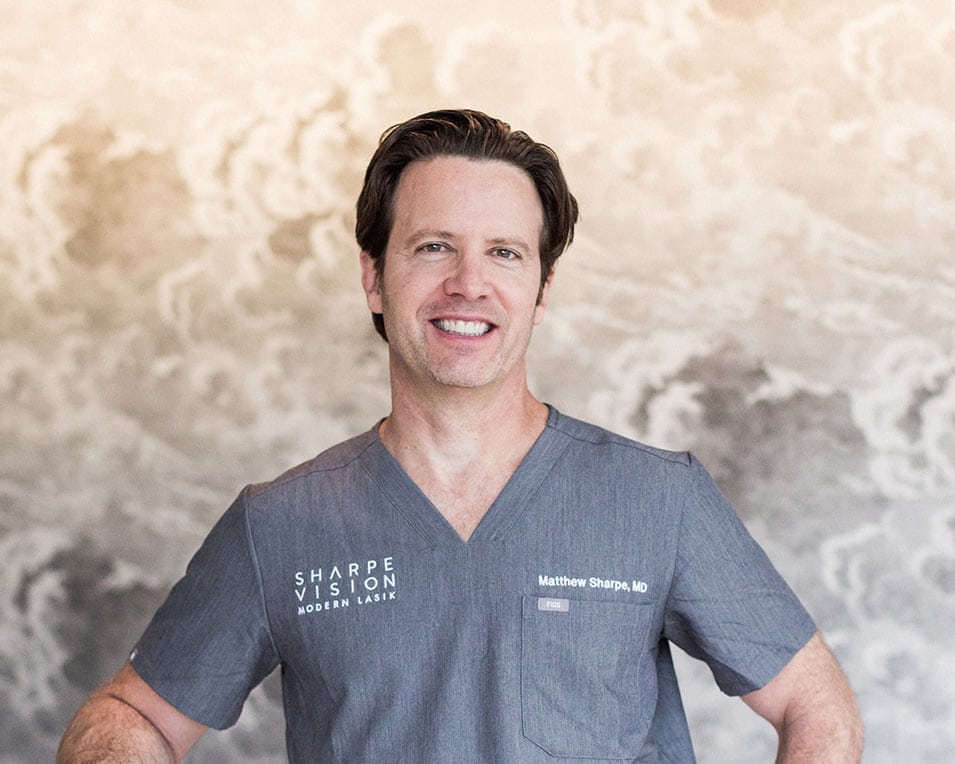 Dr. Sharpe is the lead surgeon in Bellevue/Seattle and the founder of SharpeVision MODERN LASIK and MODERN CATARCT. He has conducted over 90,000 laser vision correction surgeries to date.